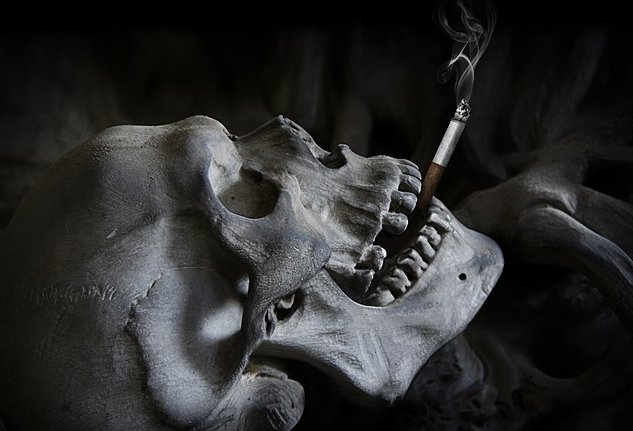 The Truth About Smoking And Lung Cancer

Smoking and lung cancer are almost always considered synonymous with each other, and there is a lot of truth in that. In fact, tobacco’s increased risk of developing cancer in the lungs is one of the most basic harmful effects on health known.

How does smoking cause cancer?

Cigarette smoke is laden with chemicals that act as poisons for the body. Upon inhalation, these poisonous chemicals enter the blood stream, from where they lead to various diseases, including cancer.

Lung, of course, remains the most easily affected organ.

Tobacco smoke carries over 7000 chemicals, of which 250 are known to be poisonous. 69 chemicals out of those 250 have cancer-causing properties.

Let’s take a look at the different ways smoking leads to cancer in the lungs:

The chemicals in cigarette smoke like nitrosamines, benzene, benzo(a)pyrene, nickel and arsenic, and polonium-210 are known to have carcinogenic properties.

These chemicals damage the DNA of genes that help protect against cancer by either attaching themselves to the DNA or by interfering in cellular processes that help repair damaged DNA.

There are various ways through which chemicals in smoke lower the body’s defence mechanism.

For example, formaldehyde destroys the hair linings in the airways, which otherwise prevent foreign substances from reaching the lower respiratory tract. Smoke also suppresses the action of cells that prevent abnormal cell proliferation (or cancer).

Cadmium in smoke inhibits the action of detoxifying proteins in the body.

The damage to the lung’s cells and their DNA accumulate over the years to turn those cells into a cancerous state.

Nicotine, the major component present in tobacco plants is actually addictive. When inhaled, it enters the lungs, transfers to the bloodstream, and reaches the brain within seconds.

Nicotine in cigarettes and other products creates an addiction quite similar to drugs like cocaine. This makes it difficult for many habitual smokers to give up smoking even if s/he wants to. Habitual use over time increases the risk of cancer.

So, does quitting help – even for a long-term smoker?

The good news is, yes!

Becoming smoke-free is the first step towards reducing the risk of cancer. It may not be easy and might require external help, but the health benefits far outweigh the damaging effects:

Carbon monoxide levels in blood reach back to normal within 12 hours of quitting. Lung function and circulation begin to show improvement within 12 weeks of quitting.

Staying smoke-free for 10 years reduces the risk of cancer in the lung by half of that of a smoker, along with reducing risk to others cancers as well.

The life expectancy increases no matter what age a person stops smoking; however, the benefit is more if one quits earlier.

What about a person who already has a positive lung cancer diagnosis – will it help to quit now?

The answer is yes, quitting smoking during treatment helps the body to respond to therapy and recover quicker, while also reducing the risk of other infections and respiratory failure.

Cancer patients who quit smoking also reduce their risk of recurrent cancer or a second cancer at a later time. Better late than never!

Built-up in the body over a long period of time, Smoking Lung And Cancer has distinct stages that peak in smokers between the ages of 55 years and 65 years old.

Smoking Lung Cancer causes almost immediate changes within the lungs, shortly after they have come into contact with carcinogenic chemicals (chemicals that cause cancer).

Soon after their first exposure, abnormal cells begin to appear within the main breathing tubes. These cells are accelerated in growth through the continued exposure to these dangerous chemical substances (caused through smoking). Some of these cells will become cancerous and others will form into small tumors.

There are two Main Types of Smoking Lung Cancer

The second is Small Cell Cancer, also referred to as (Oat Cell Cancer). This is a faster spreading cancer than the Non-Small Cell type and is usually contributed to over 20% of all Smoking Lung Cancer cases. 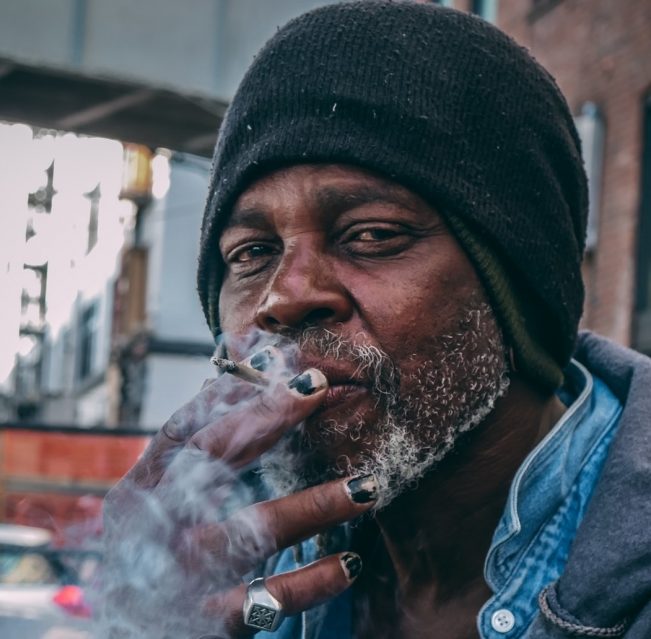 1. Smoking Lung Cancer is the most commonly diagnosed cancer in the world, with more than 1.8 million cases diagnosed every year.

4. Of the 215,000 new cases which are diagnosed every year in the USA, around 85% will die within the first five years of diagnoses.

5. Current or former cigarette smokers make up for over 80% of all Smoking Lung Cancer deaths in both men and women over the age of 55 years, and is on the rise.

6. Smoking is the cause of over 25% of all Smoking Lung Cancer deaths in the world, with over 32% of deaths occurring in men, and 25% in women.

7. Every year a higher percentage of men are diagnosed with Smoking Lung Cancer than women.

8. A man who smokes up to two packets of cigarettes a day, has more than 25 times higher risk of being diagnosed with Smoking Lung Cancer than a non-smoker.

9. Cancers mortality rate can be heavily reduced through its early detection and treatment.

10. It is never too late to stop smoking as within the first 30 minutes of smoking the last cigarette the bodies organs begin to benefit.

Smoking Lung Cancer is the deadliest form of cancer in the world today.

It claims over a million lives worldwide, more than most other cancers (excluding skin and blood cancers) combined. It is characterized by the out-of-control growth of cells in the lungs, the two organs in your chest which pump out carbon dioxide and pull in oxygen.

Non-smokers, too, can develop the disease, though in theirs usually some type of identifiable factor is involved, for example, second-hand smoke, pollution, etc.

As with most forms of cancer, there are different types of Smoking Lung Cancer that are identified by what cells they are effecting. These distinctions of type are extremely important because they help to determine what the ultimate course of treatment will be.

Getting the proper treatment is important for increasing the chances of survival, and also for minimizing the distress and anxiety that patients may suffer from.

One of the major types of Smoking Lung Cancer is non-small cell lung carcinoma. It is the more common form, appearing in over 80% of all cases. It affects various cell types, as should be expected because this class is not a functional one but is determined largely due to similarities in treatment.

These types generally grow more slowly than the less common but more deadly type, that of small cell lung carcinoma.

Small cell lung carcinoma is usually found in the primary bronchial tubes. Appearing in around 15% of Smoking Lung Cancer patients, it can be quite deadly due to its rapid growth and habit of metastasizing. This is when a cancer jumps from its original, specialized cell type to another one.

For example, if small cell lung carcinoma spreads from the lungs to blood or bones. Due to their nature, the lungs are often the victim of metastasizing cancers from other locations.

In the cases where the cancer affects the lungs primarily, the symptoms are largely the kind of thing you would expect. There may be shortness of breath, a chronic cough which may or may not result in blood, rapid weight loss, unexplainable fatigue, and numerous others.

Because these effects are localized to the functions of the lungs, they may not appear to be as vague or out-of-place as those of many other types of cancer.

Unfortunately, by the time the symptoms are serious enough for many people to go to the doctor to have them checked out, the Smoking Lung Cancer may have progressed to a dangerous point.

Over 85% of those who develop Smoking Lung Cancer are thought to have done so due to a smoking habit or exposure to a smoker. This is an incredible statistic.

And while Smoking And Lung Cancer is always influenced by many factors, it is a strong message to everyone that they can vastly increase the likelihood of living cancer free by simply living smoke-free.